Zoho and The Power of the @ Mention

Zoho and The Power of the @ Mention 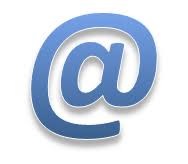 Known commonly as the "at" sign or "at" symbol, and less commonly as ampersat and asperand, this frequently used character can be found with the number 2 on a standard U.S. keyboard.

Today, one can find the "at" sign commonly in email addresses (Andy.Smith@gmail.com) and on social media, where it’s used to tag specific users in social media posts.

According to Smithsonian Magazine the @ symbol’s history is a bit of an enigma. Some say that the origin of the symbol was advanced by medieval monks looking for a shortcut while transcribing manuscripts. Others believe it originated as an abbreviation of the words, “each at” (with the letter “a” being enclosed by the letter “e”). Example: 4 items @ $1.00 (= $4.00)

In 1971, a computer scientist by the name of Ray Tomlinson used the inconspicuous @ symbol to string together an individual’s name and the name of the computer they were using to send a message through a network called Arpanet. a predecessor to today’s internet. Tomlinson was looking for an infrequently used symbol on his typewriter keyboard and stumbled upon the @.

Today, major social media platforms like Twitter and Instagram allow users to tag others by typing “@” and a user’s name to deliver information to other users. Teamworking applications like Slack, Discord, Microsoft Teams, and Zoho Cliq also use the @ symbol to directly notify other users.

Zoho has heightened the value of the @ symbol by implementing it across the Zoho platform. Referred to as an "@mention" it is used to draw someone's attention to a high-priority conversation or message. This method of sharing information promotes collaboration among team members, facilitates clear expectations, and enables reliable communication.

What Zoho applications utilize the @mention?

Some Zoho applications include:

Who can I @mention?

How do I @mention Users, Roles and Groups? 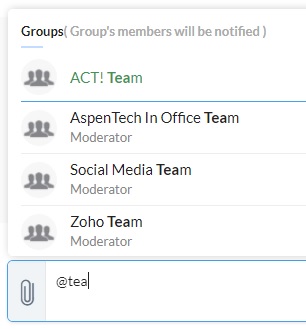 How does a tagged user get notified? 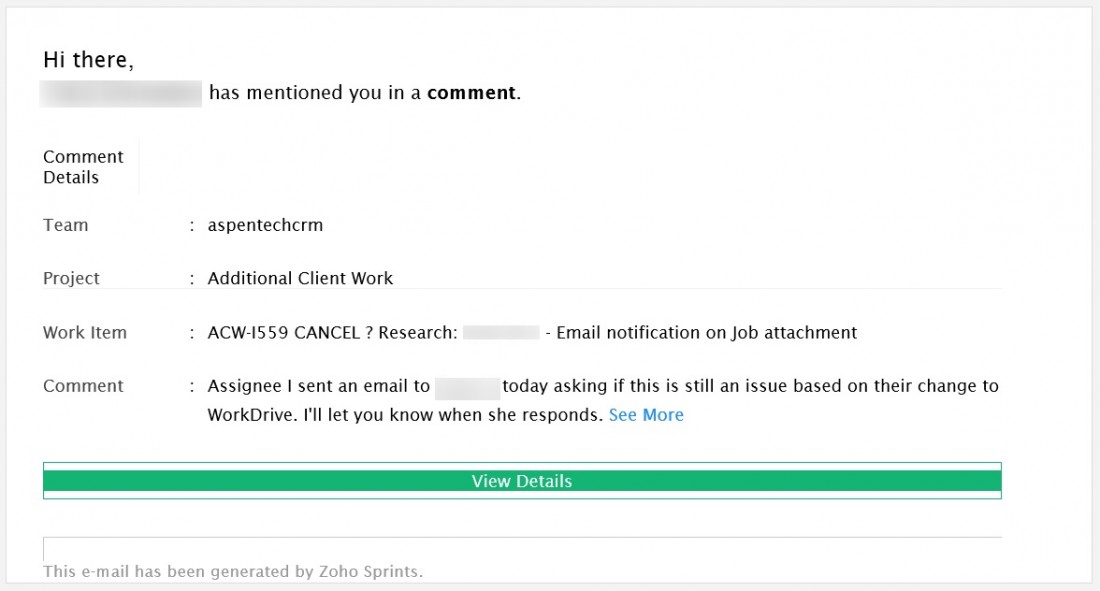 The @ symbol used to be little-known, but it has since taken on a powerful and unique role. The character is now linked with a person’s digital identity and can be used to transfer information in a variety of ways electronically. Zoho's application of the @ sign takes communication to a whole new level by making it easy to collaborate and tag a User to deliver data. No more missing details on chat boards or missing comments in documents.

The implementation of that little @ symbol has revolutionized the way we communicate, socialize and relay information!

If you'd like to know more about communicating and collaborating using Zoho products or you'd like to consult with one of our Zoho experts at AspenTech CRM, please call (734) 455-7188 or send us an email at zoho.support@aspen-tech.com. We are happy to help you!

We post all blogs and important updates on our social media platforms.  All posts will link back to the original blog articles found here.

We also send quarterly newsletters that recap important blog articles written.  If an article is particularly urgent, we also may send that in a separate email campaign in addition to the scheduled newsletters.

Not receiving our newsletters & notices?